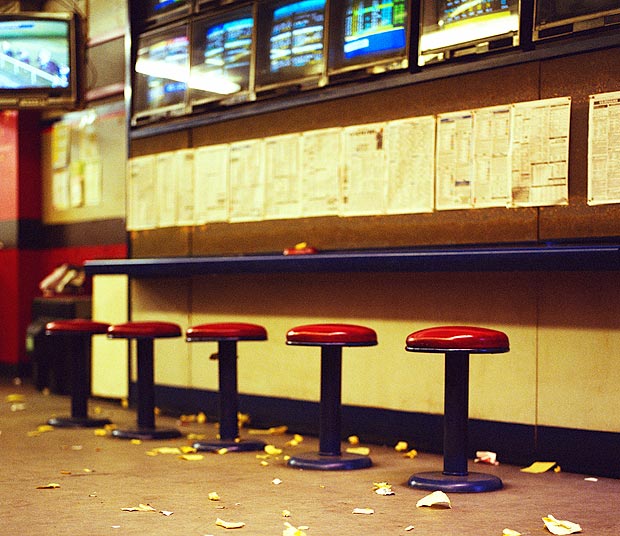 I’m sure many of you are already have the rotten tomatoes at the ready and who can blame you?

But before you launch the best part of a bottle of ketchup at me, let me first tell you why I label bookies no more than disposable income thieves.

Bookies, after all, have it all their own way. They set up a business model aimed at only keeping on board losing punters – how good is that!?

Even when you do have a nice profitable angle or are efficient at finding early value, you are barred from betting.

No better than one-armed bandits, in my opinion, whose only mission is to fleece you of every penny the longer you play, with no skill or judgement required.

It could even be your pattern of betting they don’t like, whereby they foresee you making a profit in the future based on that pattern and then bar you before you’ve made your first penny! You couldn’t make it up.

However, just in case I’m accused of been one-sided, they are on the rare occasion (very rare) right. And here’s one such occasion…

A punter had a ‘7’ horse accumulator and amazingly ‘6’ of his picks came home with one of them – Josies Orders – finishing second in a race won by Any Currency.

Let’s fast forward five months and Josies Orders has retrospectively been given the race after a banned substance was found in the urine of the first placed horse on the day Any Currency.

The punter is now claiming he should have been paid out on the ‘7’ horse accumulator that would have netted him a cool £700,000 – eh?

Has he lost his marbles?

This guy’s bet was settled on that day at £500, full and final, simply because bookies operate what is known as a ‘first past the post’ rule.

I’m sure if the reverse was to happen and Josies Orders won on the day, he got paid £700,000 and subsequently JO had been disqualified, would he oblige and hand it back? I think not…

There has to be a line in the sand somewhere, as no punter wants to wait 5 months to get paid out. Hence why a ‘first past the post’ rule is in operation, so winning punters get paid there and then.

Winning punters on Any Currency will of course keep their winnings. How would you try and get it off them again 5 months on?

So let’s be fair-minded and not fall into the trap of slagging off bookies just for the sake of it. We can then state our case against them in a balanced and fair manner with at least our credibility intact.

That’s what ‘we’ the punters really need to do if we are to have our case against bookie restrictions taken seriously by those who legislate.

On that note make sure you get your name on this petition here to get bookies to accept at bets up to and including £25.

Have you joined yet?

Don’t forget we now have a new bookmaker on the block promising NOT to ban £50 punters and will Lay up to £500 in winnings, so long as you’re not using Arbing software and the likes.

I mentioned them a few weeks back and they are called Blacktype Bet. If any readers have signed up already then do let me know your experiences so I can share with other BD readers.

Its week 9 of our trial and it is already clear two of the services could do some serious damage to the bookies. Find out which two below