Why following steamers can be hazardous to your wealth 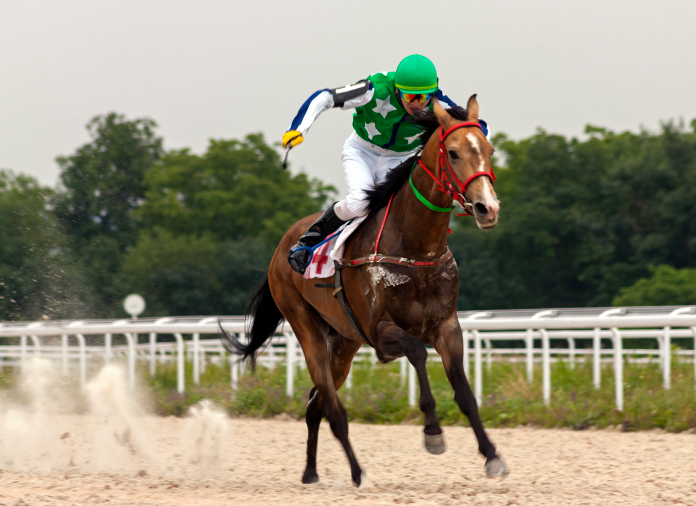 Wouldn’t life be great if every morning we could stumble out of bed, log onto to www.attheraces.com, note all the positive market movers, back them, sit back with a pot of tea, then go collect? Of course, nothing is ever that simple. If it were, bookies along your local high street would soon become yet another charity shop or, worse still, an estate agent. 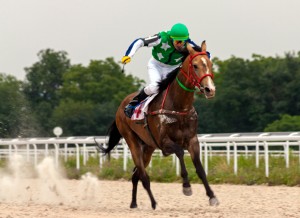 When you do a bit of research into the drivers behind these ‘steamers’ or ‘gambles’, many are started by the opinion of just one man or one set of connections. It’s not as you would imagine the consensus of opinion from form-students seeking value, although some have started in this way, like ‘Pricewise’ in the Racing Post, for example. If they are ‘value’-based steamers then you have missed the boat anyway by the time the selection comes to your attention, as all the value will have gone. Midweek gambles in low-grade races are also best avoided, as such races have weak markets and it doesn’t take a mountain of money to shift prices drastically. Hence why early gambles or steamers can be notoriously deceptive and, on most occasions, overestimate the actual ‘real’ chance of the horse winning. 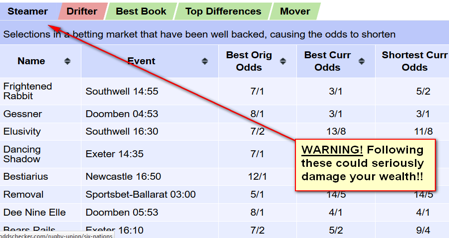 Remember markets are all about opinion: some think a horse will win while others don’t – simple as that. Bookmakers these days are more fearful of where the money is coming from, rather than the amount. If a shrewdie or ‘face’, as they are known, places as little as £100 on a selection in one of their shops, this can move a market more than £1,000 from a serial loser. Many excited first-time owners like to ‘have it on’ – in other words, have a big bet on their new horse, especially on its first run. They also like to tell the world and his wife they have done so too. Thus it’s not a form-driven gamble; it’s more what I would call a vanity-driven gamble, so best avoided.   Sometime ago I got to know the owner of a Chinese restaurant who nicknamed himself ‘Spring Roll’. I’m not kidding! As you can imagine, he had a great sense of humour. When I asked where he got his nickname from, he said his real name was Roland. Not a very Chinese name, I know, but he explained he was second-generation Chinese and his dad married someone from Manchester and named him Roland after one of the singers from the 80s duo Tears For Fears. Blimey, the things you learn over a plate of Singapore noodles! He was a great young businessman and I’m not just saying that because of the extra side dishes he threw my way, although I could never bring myself to calling him by his nickname in front of a room full of dinners, who may have thought I was taking the p**s. Anyway, what let Spring Roll down, however, was his gambling. He would think nothing of having £500+ on a horse several times a week in the nearby William Hill. Now, if this money came from a shrewdie, they would be lucky to get £100 on, so as you may guess, Spring Roll used to lose heavily. Getting back to identifying the clever money: in short, we as punters really don’t know what is or isn’t shrewd money, so following gambles blind is the quickest way to the poor house – full stop! The clever money has been, and always will be, placed as close to the race off-time as you can get, where connections will try and place bets simultaneously in military-like fashion to obtain the best possible price. Readers of my Price Equalisation Method (PEM) are given instructions on one method to spot a signal that indicates clever money is present in the market: money that would otherwise remain undetected to the naked eye from live betting shows. As soon the signal appears, you quickly place your bet and simply ghost this clever money to profit long-term. Bookies detest this late money approach, simply because it gives them little or no time to balance their books, and leaves them wide open for a hiding! In some cases, they have unknowingly let hot horses drift in price, unaware that waiting in the wings is a group of punters waiting to pounce! As you are aware, bookmakers have an over-anxious trigger finger to ban or restrict shrewd punters ever since the online betting revolution started, but has this been a self-defeating exercise? In doing so, they now cut off a vital part of their intelligence-gathering procedure. Not all those who get restricted are shrewdies, of course: many are just arbers or short-term winners. The truth is, bookies are simply not bothered these days about seeking out ‘hot’ horses: their whole operation is now run by accountants who have set margins on every race. Using statistical modules with data running into the millions, they can now price up markets knowing what percentage they will get long-term, despite having short-term losses here and there. Gone are the days when the likes of William Hill, who used to employ two Dutch brothers to price up markets, flew by the seats of their pants when it came to risk-taking. These brothers were good and very well paid, but when Hills became a public limited company, shareholders were looking for a business model far more secure in terms of profit projections, rather than the ups and downs that bookies of years-gone-by used to go through. The same can’t be said of your ‘on-course’ bookie, who will still accept bets from the ‘faces’ in order to get an angle on what are the live horses to watch out for, and quickly lay off part or all of their liability on such horses.   What does all this mean? Simple: stay clear of gambles and steamers unless you are privy to some top-class reliable info. Following these early-markets steamers verbatim will empty your pockets faster than a rigged one-arm bandit. If anything, lay them when you see the price flat-lining on the market activity graph on Betfair, then back the same horse with a slightly higher price request than you layed, as most do bounce back slightly, especially around 10/15 minutes before the race. I have a strategy for this in the coming weeks. Cheltenham 2016 – is the ground drying? This time next week we will be on Day Two of the Cheltenham Festival and hopefully well in front, as is usual for those following my Cheltenham Report. Plenty of dry weather recently, so backers will be hopeful of good ground at the festival, unless they have backed the mudlarks. I’m sure the excellent drainage system at the course will ensure decent ground, even if we get one or two days rain at the back end of this week. So we are all set to go, and thank God: the racing recently has been pretty desperate stuff (as is usually the case in the weeks on the run up to the start). Don’t forget to grab your copy of my Cheltenham Report. Just to recap, here’s what’s in store…

Don’t forget, you also get my seven-selection each way accumulator which pays £52,598 for just £1.00 each way stakes. Ignore this and you’ll kick yourself if it comes in – and you can take it from me, all seven selections have a big shout here! It’s all in my Cheltenham 2016 Report… Get it now for just £7.95. Week 7 – Racing Consultants results update Are we sinking further into the red, or are we on the come-back trail? Find out more here.