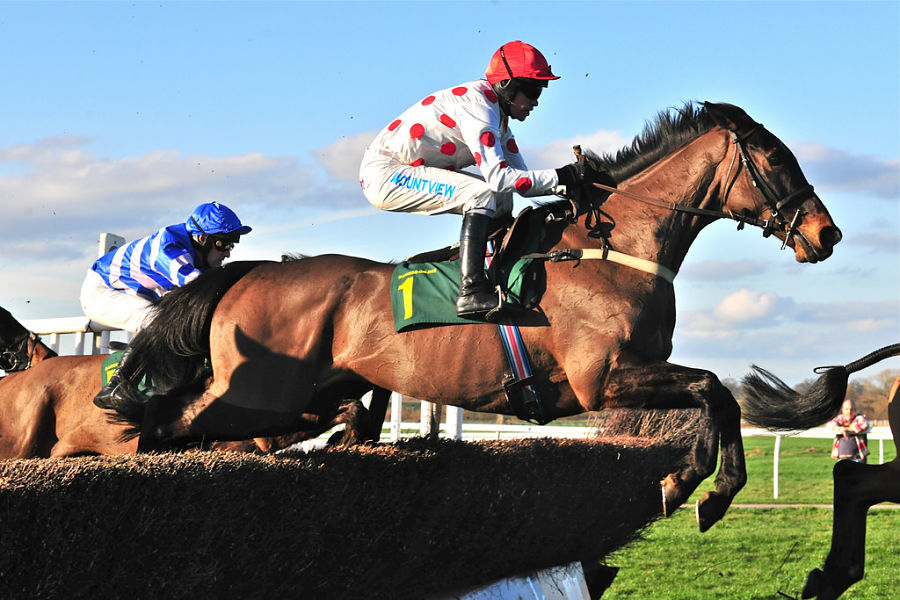 We’ve had a solid record in the King George the last 2 years with a 5/1 winner in 2015 with the gutsy Cue Card, and Thistlecrack at 5/4 last year.

A very interesting race this year with Mite Bite, Bristol De Mai, Thistlecrack and Fox Norton all in with a shout. It would have been made all the more interesting and tricky if Sizing John had took his place but now a non runner.

This year Mite Bite heads the market at a best priced 13/8 (totesport), and although he is a worthy favourite, for me the Nicky Henderson star chaser is a little on the short side considering the line up of stars behind him. He does have all the credentials of a King George winner after his win at Sandown in November where he jumped well despite not 100% match fit but still bagged his 4th consecutive win. Henderson will have him primed for this race and the King George has been the target for some time.

We also have the excellent Thistlecrack and not forgetting the second favourite Bristol De Mai. Bristol De Mai could well give Mite Bite the most to do at a best priced 4/1 is what I would call a knocking each-way bet.

The Nigel Twiston-Davies-trained six-year-old claimed his third victory at Haydock with a remorseless front-running display coming home 57 lengths clear of three-time Betfair Chase hero Cue Card. Many runners who have won at Haydock previously have ether won or put up a good performance in the King George and so Bristol De Mai is certainly on the right track. If the ground turns up soft or indeed heavy he is in with a great chance of taking this.

Obviously Bristol De Mai will face a different test in the Boxing Day feature, going the other way round on what will likely be a sounder surface, however his trainer is confident he can prove he is not just a Haydock specialist and is now stronger and moving better this season which is good enough for me to have a nice each-way at the price.

It’s amazing to see last years winner Thistlecrack at such a big price this year at 6/1 generally. However there is a reason for this big price and that was because he was a well beaten 5th in the Long Distance Hurdle at Newbury on December 1st. That was his first run since suffering a tendon injury and therefore clearly needed the run.

His trainer Colin Tizzard reports he has stripped fitter for the race and is expecting to see the real Thistlecrack at Kempton as he looks to defend his King George crown and if that’s the case then Thistlecrack could well be there or thereabouts.

However I would exercise cautioun about backing him as I would have liked to have seen a better performance in his race at Newbury to have full confidence in backing him for this.

Fox Norton (7/1) may well put in a bold show. He finished second in last years Cheltenham Gold Cup and also a staying second in the Tingle Creek at Sandown on December 9th. He has also won the Melling chase at Aintree over 2.5 miles last April and has won at 2 miles at Punchestown, so clearly has class and can do the 3 mile distance of the King George comfortably.

(A combination Tricast bet is one where you pick the 3 selections above and if they finish 1st, 2nd or 3rd in any order you will win the designated amount that is given. It consists of 6 bets in total as there are 6 possible ‘orders’ in which your the selections can finish in the first three. You will see this bet option offered on all online betting sites).

Both Teams To Score (BTTS)…

We really do need another burst of profit for this test much like the one in Month 1 where it banked over 14pts profit,  and hopefully that will come soon if we are to take this strategy further forward.

Still well in profit though and you can see more here;

Race for the Place…

Still in profit with this and it’s been a case of recovering 50% of losses from 1st losing lay last week and so little damage done with the recovering process doing its job in limiting losses.

Let’s see if we can build up some more profits before the Xmas break.

Join in here as it’s all about you the reader and:

I think a few glasses of the hard stuff beckon along with my first tube of Pringles for the festive season!